It began in the mid-70’s. The Collage of Applied Arts received the title of University; as a consequence, not only the diploma from it became more prestigious but the students’ awareness heightened as well. Students who entered the university in 1975 constituted the first year that, in a context that suited the solemn event, had community goals. Or, in terms of humanity and profession, they were and wanted to remain a community. Education took from 8 am to 6 pm and then the students stayed together to do their home work until late at night. Their togetherness was interrupted by finishing their studies and each of the former students remained alone without any supporting background. It seems so simple now when looking back. The young artists needed a professional association.

At that time, however, this was not as simple. The KISZ (Association of Young Communists), the branch trade unions, the Patriotic People’s Front and the Association of Women were allowed to work, these organizations marked the legal framework of social life. Although at the branch Youth’s Parliament the KISZ organization of applied artists made a decision that it was reasonable and urgent to set up a professional studio for the young applied artists, it took further six years to get the approval of the political leaders. The young artists had weekly sessions of debates, which often took until midnight or later, on questions like how to go on with shaping their own lives. Those who finished their studies could enter the Artists’ Fund but they were not taken seriously. There were hardly any exhibition rooms and even there exhibitions up to five per year were organized. Solo exhibitions had room only in private flats; these events, however, attracted the malicious interest of the authorities. Most of the young applied artists could have a job at companies that helped with earning their living but their creative work.

Eventually, on 27 October 1982 as an organization within the Artists’ Fund of the Hungarian People’s Republic an interest organization of the young artists was founded. Right at beginning they formed six different branches. The branches of interior design, industrial design, applied graphics, textile, silicate and applied metal design still cover the members’ activity. Besides, it helps the work of the various branches in itself if artists of different fields may organize their activity together.

The Studio organized its first important introductory exhibition at the Ernst Museum. It was a great success and convinced those who had doubts that it had been worth loosening the rigid rules that had been thought as unchangeable. The Studio received members who could not enter the Artists’ Fund as well as artists without a diploma. The studio was open to every ambition, trend and technology; it was only the strength of the tender and personality that counted. The only important thing was to receive artists with original intellectuality and who could work together and were able to form a strong and creative professional community. The entrance committee still consists of the leading board’s members who often invite recognized artists from the members of the different departments.

Many artists that turned towards fine arts later, at the beginning of their carrier entered the Studio because they would have been provided professional support nowhere else. At that time, it was almost the only way to become an artist since the cultural life was determined by the notorious three T letters (tilt, tűr, támogat: banned, tolerated, and supported - by the state). Foundation of the Studio meant that it was supported. It could take part in distribution of exhibitions, prizes, ateliers, job opportunities; it could provide scholarships to its members right until 2002; it had paid employees to maintain its operation; and it helped to sell the artefacts.

The most precious privilege of all was the opportunity to travel abroad. At the beginning of the 80’s the Studio helped at least 25 artists per year to go abroad. Hungarian artists could take part in World Design Conferences and they got to Helsinki, London, and Milan when the cold war still affected the politics. The only way they could visit to West-Berlin was that they had accommodation in East-Berlin and commuted to the Western part of the city everyday; anyway, they did get there. Seven people travelled even to Nagoya as a result of the Studio’s excellent connection building methods. We would like to say thank you again to everybody who backed the Studio-members travelling abroad in those days. Stefan Lengyel helped with unforgettable generosity providing a professional as well as human example and encouraging the young artists at the same time. As a most remarkable result of these travels, the members had the chance to get informed and compare their achievements to the latest ones in the world. The Studio’s award at the international quadrennial of socialist countries in Erfurt and Péter Orosz’s outstanding exhibition in Sofia were very important results but it was the fact that travelling throughout the world became a natural part of the young artists’ life which provided a real intellectual opportunities.

The professional breakthrough was the opening of MISS boutique (1985) in the almost only warehouse of the period called Skála Metró in Budapest. In this boutique, with the help of Hungarian producers and sellers, collections of craft production, designed by Hungarian applied artists, could be bought. It worked successfully for a couple of months. At that time one could get a job of art through art organizations. Art companies, sales, and judging were controlled by the Association of Artists and Applied Artists and the Artists’ Fund of the Hungarian People’s Republic; that is why successful participation of the Studio in MISS-project was an almost revolutionary act. It proved that it is possible to do creative work for honest profit outside the prevailing rigid system; moreover that is the real way.

The presidents and leading board members of the Studio represented the interests of its members so that they had an eye on the international standards of professional requirements while they were open towards the wide publicity. The first presidents Judit O. Ecker and Péter Balázs Kovács and the art leader Katalin Papp, who run the Studio until the transition, managed to implement what was thought to be impossible: they formed a self-governing organization made itself acceptable as a professional organization recognized by the state and, at the same time, it preserved its total independence.

It became clear after the transition of the system that the future of the Studio lies in the will of its members and its strength to create a professional and human community. Everything had changed, almost every institution of the industry had terminated; artists remained without jobs and prospects; and the working conditions of arts associations had also completely changed.n 1990 the Studio became an association for public use (the former FIS has been called FISE since then). Its further operation had to be founded so that both the professional work and the community’s independence would maintain their traditionally high level. It was not a simple task because all the arts organizations disintegrated or were transformed; the system of arts institutions suffered huge property loss. Nevertheless, the Studio witnessed development even in this period: it opened its own exhibition room under 16 Kálmán Street in Budapest. This gallery has been a haunt of friends of arts since then; its opening ceremonies are important social and, in several cases, art historical events. Due to Ágnes Urbán, the gallery has been preserved for the exhibitions of applied arts. Under the leadership of Sándor Mojzes and Egon Mozessy FISE Gallery became a respected institution of Hungarian arts.

Afterwards with growing spirit, the Studio undertook to exhibit the Hungarian applied artists’ works internationally. Thanks to its good connections with Hungarian cultural centres abroad and several competitions the name of FISE and this segment of the Hungarian culture became well-known in almost every European country. During Teri Borza’s and János Polyák’s presidency, due to these connections, swap exhibitions came to Hungary; and as for the members, it was natural for them to build international connections from the beginning of their carrier. Not unlike all the other Hungarian arts organizations, FISE has worked and is working hard in order to meet the members’ requirements. Success of projects funded from grants makes its activity authentic and prepares its effective participation in further competitions. FISE cannot relax at all; only the best ones have the chance to be supported.

At present, the membership is working for FISE in order to keep the costs of operation low; at the same time, this reinforces the members’ commitment to the organization. After having been chosen as the president, Róbert Mascher set the organization of the association’s life on modern, electronic basis – partly for economic reasons. As a result, data and information flow and keeping contact have become more effective and more precise. The mutual work on exhibition building, tender writing or transporting artefacts recaptures the atmosphere of the university years. These cheerful nights spent with hard work, like those aiming at the implementation of the exhibition entitled “The Twenty-fifth Year”, result in personal and professional friendships. And it is necessary to build personal connections since many of the new members do not know each other. There are artists in increasing number who lecture at a college or a university some design-related subjects; and there are artists in ever growing number who attend a university abroad. In order to do its best to serve the transition between university years and independent work, FISE strengthens its connections with both educational and professional organizations. For competencies inevitable to the artists’ high quality work it is not enough to obtain a university degree. One should become worthy for the profession through constant work; and one should be able to collaborate with colleagues as well as to work independently. The Association tries to provide many opportunities for mutual creation and professional talks and to start young artists towards professional collaboration.

As a result of the activity of FISE, a lot of our members have become professors, heads of university departments, they are awarded in ever increasing number, and they play active parts in the public life of art.

The 35 years of FISE have been spent in this spirit. 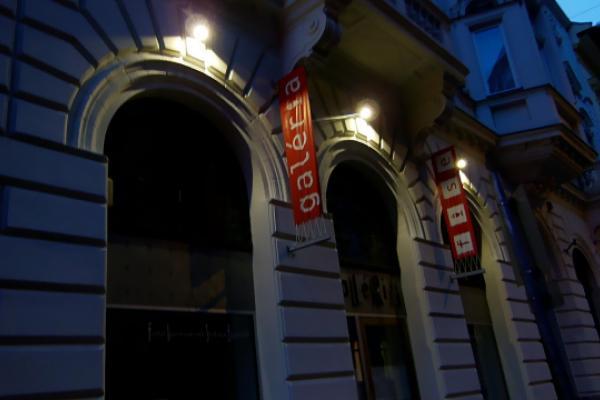